Are neck gaiters worse than no mask at all?

I recently read about a study that demonstrated the potential for increased spread of respiratory particles with neck gaiters. Can you provide any insight into this study? Should I be using a different mask or layering the gaiter differently to improve effectiveness, or is it too early to know for sure? 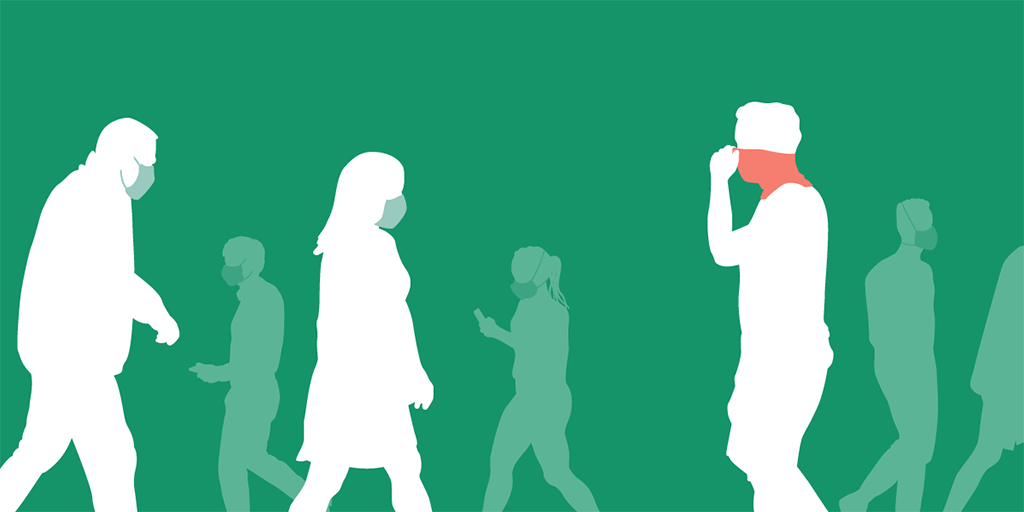 You are not the only person with this question. All of a sudden, it seems like everyone is talking about neck gaiters.

The short answer is that other mask options are probably better than a single-layer neck gaiter in many situations, but a gaiter, even at a single thickness, is almost certainly better than nothing.

The longer answer — and the backstory of how neck gaiters suddenly emerged as a topic of public discourse and debate — has to do with that study you heard about. But even more so with the way it’s been reported in the media.

The story begins with Duke University Chemistry Professor Martin Fischer answering a call from Duke Medical School Professor Eric Westman for help in coming up with a low-cost method for evaluating the efficacy of face coverings. Fischer’s solution was a simple but ingenious contraption involving a cardboard box, a laser, a darkened room, and a cellphone. Fischer recruited his daughter, Emma, a Duke student, to help him test it — one speaking into the device and the other using a cellphone camera to record the laser-lit plume of respiratory particles released by each utterance. Then Fischer used a simple computer algorithm to count the number of particles released in 15 different conditions — first with no barrier between mouth and box, then using one of 14 different face coverings.

This experiment is a great example of what’s often referred to as a “proof of principle” or “proof of concept.” This can be defined as an initial demonstration of a specific method or idea in order to demonstrate its feasibility or practical potential. In other words, the goal of Fischer’s study was to find out if his cheap, hacked-together method of evaluating face coverings would work as well as more elaborate and pricy experimental set-ups. In that regard, the study was a success. Fischer’s results were predictable: an N95 mask performed best, followed by a surgical mask, a cloth mask with a polypropylene filter, and then others. Because he obtained the same sort of results that larger, more rigorous studies of mask efficacy had demonstrated, Fischer showed that he’d developed, in his words, “a measurement setup [that] is inexpensive and can be built and operated by non-experts, allowing for rapid evaluation of mask performance during speech, sneezing, or coughing.”

But that’s not what the media took away from his paper. Rather, news reports focused on one anomalous result — his single test of the neck gaiter, which produced slightly more, and smaller, respiratory droplets than he’d measured in the baseline, no-mask condition. Fischer and his colleagues, none of them aerosol scientists, speculated that perhaps this particular fabric somehow functioned to splice large respiratory droplets into smaller ones. If true, this would, indeed, make a gaiter worse than no mask at all.

But, based on aerosol science, this is unlikely. Multiple tests of face coverings have shown that any face covering will block at least a small percentage of droplets generated when we speak or cough. While researchers have ranked the effectiveness of various cloth face coverings, no previous study has ever identified any face covering that is less effective than no face covering at all. Fischer’s results on this single test of a single neck gaiter may be due to any number of variables for which this proof-of-concept study did not control: Was he talking louder? Did the material of the neck gaiter retain moisture? Did he have more mucus on his vocal cords at that moment?

Even Fischer expressed dismay at the media’s coverage of his work. “Our intent was not to say this mask doesn’t work, or never use neck gaiters,” he told the New York Times. “This was not the main part of the paper.”

Research on the effectiveness of gaiters and other face coverings is likely to continue. Already Jin Pan, a Virginia Tech graduate student who studies biological particles, is reporting on his preliminary testing of two types of gaiters — a single-layer gaiter made of 100 percent polyester and a two-layer gaiter, made with 87 percent polyester and 13 percent spandex. Pan and his colleagues used mask-testing protocols established by the National Institute for Occupational Safety and Health and found that both gaiters were at least somewhat effective at blocking respiratory particles. Both blocked 100 percent of very large, 20-micron droplets and at least 50 percent of one-micron aerosols. When it came to smaller particles, the single-layer gaiter blocked only 10 percent of 0.5-micron particles, while the two-layer gaiter blocked 20 percent. However, when the researchers doubled the single-layer gaiter, it blocked more than 90 percent of all particles measured.

Bottom line? Cover your face. Overall, research shows that two layers of anything are better than one and that fit matters — no face covering will be effective if it’s not snug on your face. As research on mask effectiveness continues, we’ll report on the results here. And Fischer hopes his methodology will be part of that story going forward. As he told the New York Times, “Our intent was for this technology to get out there so companies and organizations can test their own masks. A mask doesn’t have to be perfect for it to work.”