But what if your mask also protects YOU? And my mask protects ME? 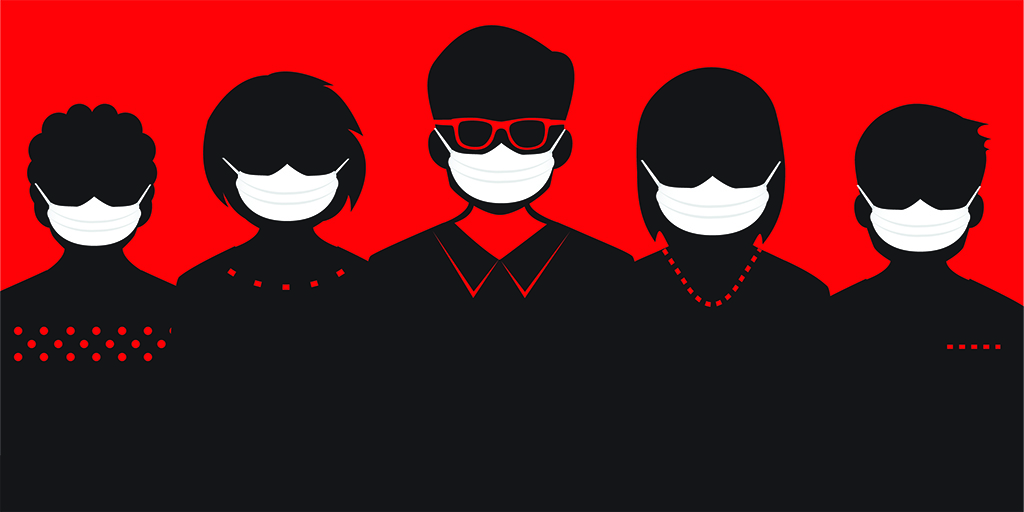 That’s the argument being made in a new paper slated to be published in the Journal of General Internal Medicine. While cloth or surgical masks don’t block all viral particles from getting in, the authors note, they all block some. And, they conclude, reducing the “inoculum” — or dose — of the virus to which a mask-wearer is exposed may lead to milder forms of illness, asymptomatic infection, or no infection at all.

In reaching this conclusion, the paper’s authors draw on animal experiments, human studies of other respiratory illnesses, and epidemiological research.

For ethical reasons, human studies examining the connection between viral dose and severity of illness has been limited to non-lethal viruses. However, in one experiment published by the National Center for Biotechnology Information conducted as part of vaccine-development research, healthy human volunteers exposed to higher doses of an influenza virus developed more severe symptoms than those exposed to lower doses.

The authors also cite a recent animal study involving transmission of SARS-CoV-2, the virus that causes COVID-19. In this experiment published by the Oxford University Press, hamsters were less likely to contract SARS-CoV-2 infection from an infected hamster in an adjoining cage when the cages were separated by a surgical-mask partition. Tellingly, those hamsters that did become ill had milder symptoms than hamsters that had not been separated from their infected neighbors by a simulated mask.

Finally, the authors point to accumulating real-world evidence from the current pandemic that shows rates of mild and asymptomatic infections climbing as more people begin wearing masks. A systematic review of earlier studies, before face masks were in common use, estimated the proportion of asymptomatic infection with SARS-CoV-2 at 15 percent. Since masking has become more widespread, that estimate has risen to between 40 and 45 percent.

An example, the authors say, can be seen by comparing symptomatic rates among passengers on two ill-fated cruises. On the Diamond Princess, where the virus began spreading in February, before masking was common, more than 80 percent of passengers who tested positive for the virus became ill with symptoms of COVID-19. But on another vessel that left Argentina in March for a planned 21-day cruise of the Antarctic Peninsula, all passengers were issued surgical masks after someone onboard came down with a fever. While 128 of the 217 passengers and crew ultimately tested positive for the virus, 81 percent of them (104 people) remained asymptomatic and only eight individuals became seriously ill (one died).

The authors of the paper acknowledge that an increasing proportion of asymptomatic infections might also lead to greater unknowing spread of the virus, but, they argue, an increase in the number of mild and asymptomatic cases could prove to be beneficial by exposing greater numbers of individuals to the virus “without the unacceptable consequences of severe illness.” If exposure turns out to be protective against reinfection, this could lead to “greater community-level immunity and slower spread as we await a vaccine.”

Bottom line? Keep wearing those masks. Your mask protects me; my mask protects you; and — just maybe — we’re each protecting ourselves as well.