May 17, 1965, was a cool, clear, unassuming spring day. The New York Times carried the latest on teach-ins, the poll tax, and the Vietnam War. The Beatles’ “Ticket to Ride” was climbing the Billboard charts. And Maria Bachini walked onto the campus of the Massachusetts Institute of Technology to start her first of what would be about 13,000 days on the job.

Five decades later, Bachini has seen six Institute presidents come and go; the unveiling of the Stratton Student Center, Pierce Boathouse, and the MIT Museum; and the founding of several degree programs, from Oceanography to Women’s Studies. In the meantime, she has far outlasted any of the Institute’s standard recognitions for long-time service — “she is now Quarter Century times two!” points out William Kettyle, medical director of MIT Medical, where Maria has worked for about 35 of her 50 years at MIT.

Bachini started out as a research assistant, copying files for a professor in the Physics Department before moving to MIT Medical where she served as Physician Barbara O’Pray’s secretary in the Internal Medicine Service. “We had four or five doctors, and we had specialty people coming in and out,” O’Pray says, adding that “the waiting room always looked like Filene’s Basement.” Luckily, Bachini was “incredibly capable” and kept things running smoothly. 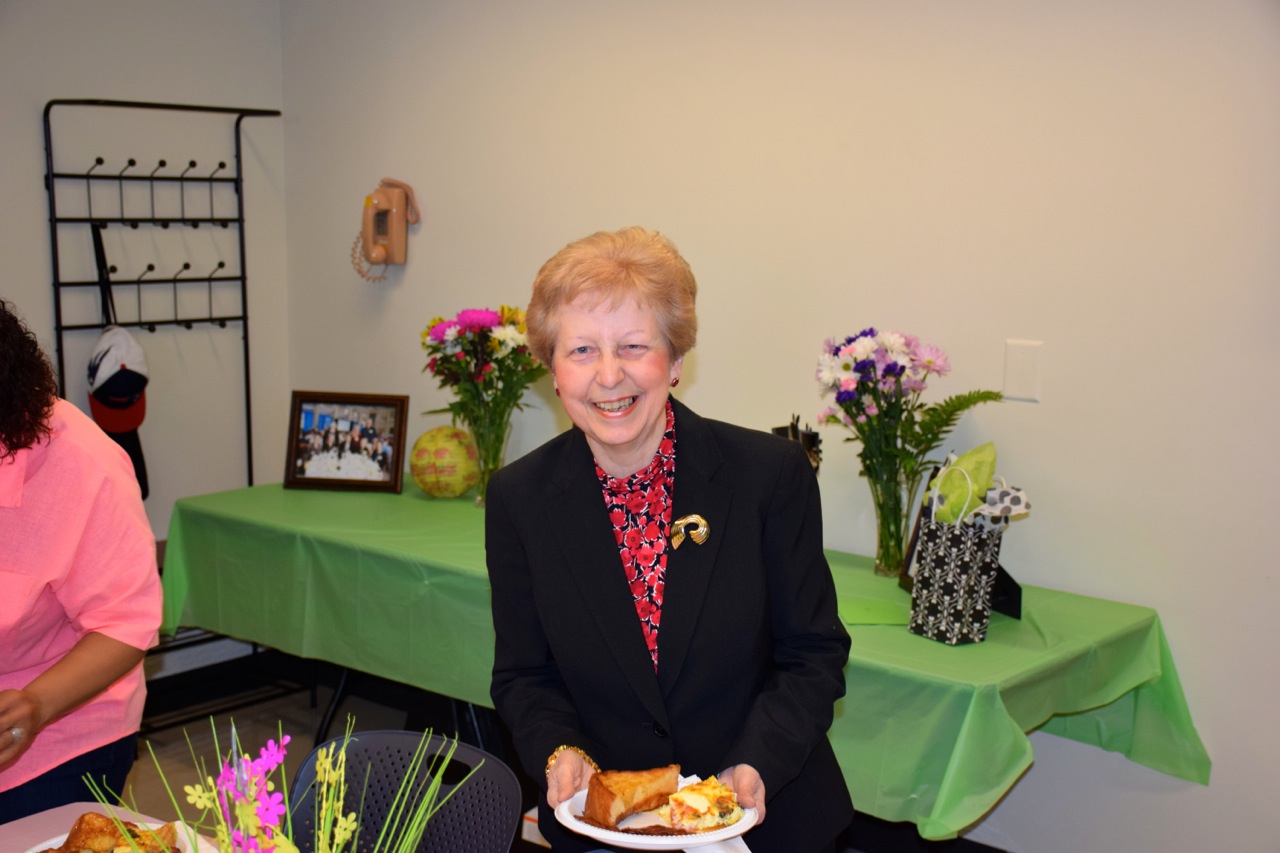 When William Kettyle took the helm of MIT Medical in 1994, Bachini became his assistant, beginning a collaboration that has kept MIT Medical running smoothly for two decades. “She is a devoted, dependable, and incredibly helpful assistant,” says Kettyle, who “can only remember one occasion when I got to work before Maria.” It was after a night he’d spent in the building, staffing the overnight Urgent Care Service.

Bachini shows up early and leaves late, but her dedication to MIT Medical is most apparent in the thick of things. A common sight involves Kettyle “sitting at his desk and [Bachini] sitting in her chair, right next to him, with her notebook,” says Diane Magnuson, MIT Medical’s diversity and inclusion manager and Bachini’s longtime friend and coworker. Magnuson describes Bachini as “very protective” of Kettyle’s time. “She’s the quintessential administrative support person,” she says, “making sure that he knows where he’s supposed to be and what time he’s supposed to be there, and that he’s got all of the papers that he needs to do it.”

With evolving technology, the job of the ‘quintessential administrative support person’ has changed since Bachini first started working at MIT Medical. Back then a request for medical records required each secretary to fill out a paper request in triplicate, send it to the records room, and wait for the patient’s folder to journey back via “this little railroad-type thing we called the ‘telelift,’” says Magnuson. Bachini is a quick study, and learned to use everything from computers to copy machines, but up until a few years ago, she kept a typewriter in one of the back rooms, just in case.

Kettyle announced his retirement this year, but Bachini will stay on. “You can always count on Maria to be here,” says Magnuson, weathering any and all changes, notebook in tow. After all, if there’s anything an executive assistant needs, it’s a good sense of time.