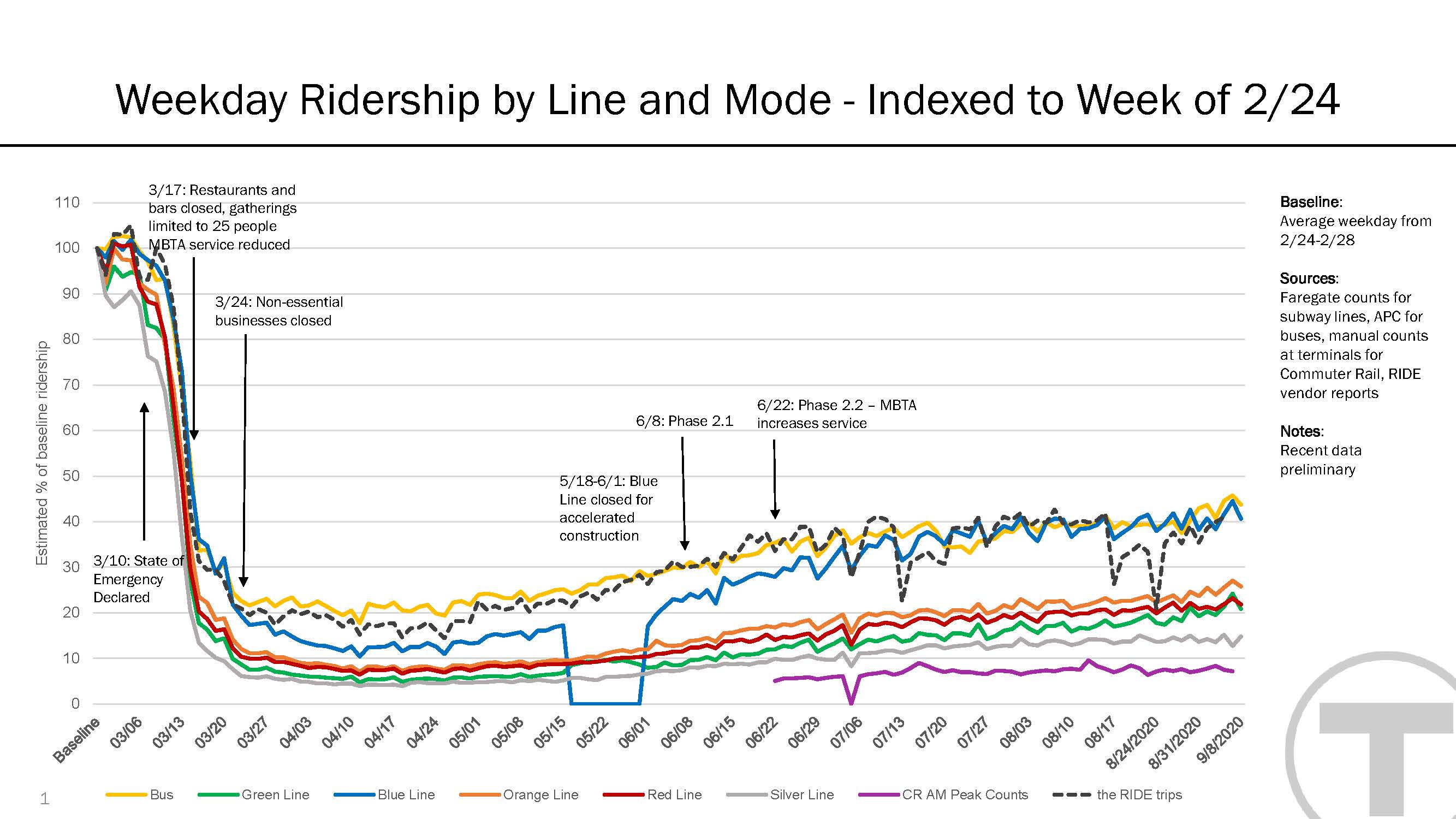 This graph shows MBTA weekday ridership on subway and light rail lines, bus, commuter rail, and The RIDE, from late February to early September 2020. Ridership is shown as a percentage of the average ridership during the pre-pandemic week of February 24. The state of Massachusetts declared a state of emergency on March 10, and closed bars and restaurants on March 17. MBTA service was reduced at that time. By March 24, when non-essential businesses were closed, ridership on all lines and modes had dropped far below 30 percent and, in the case of subway (other than the Blue Line) and light rail lines, close to or below 10 percent of previous levels. Ridership on all lines and modes started to rise after Phase 2 re-opening began in June. As of September 8, bus, Blue Line, and The RIDE were at or slightly above 40 percent of their pre-pandemic ridership levels. The Orange Line was at 25.8 percent, Red Line at 21.8 percent, Green Line at 20.8 percent, and the Silver Line at 14.8 percent. Commuter rail ridership remained low, only 7.2 percent of pre-pandemic levels during morning peak hours.