Can an antibody test tell me if my vaccine worked?

I understand that COVID-19 vaccination is very protective against breakthrough infections and symptomatic illness. I know that people with breakthrough infections rarely become seriously ill or die. But this doesn’t keep me from worrying about my individual odds. Can I take an antibody test to find out if my vaccine is protecting me as intended? 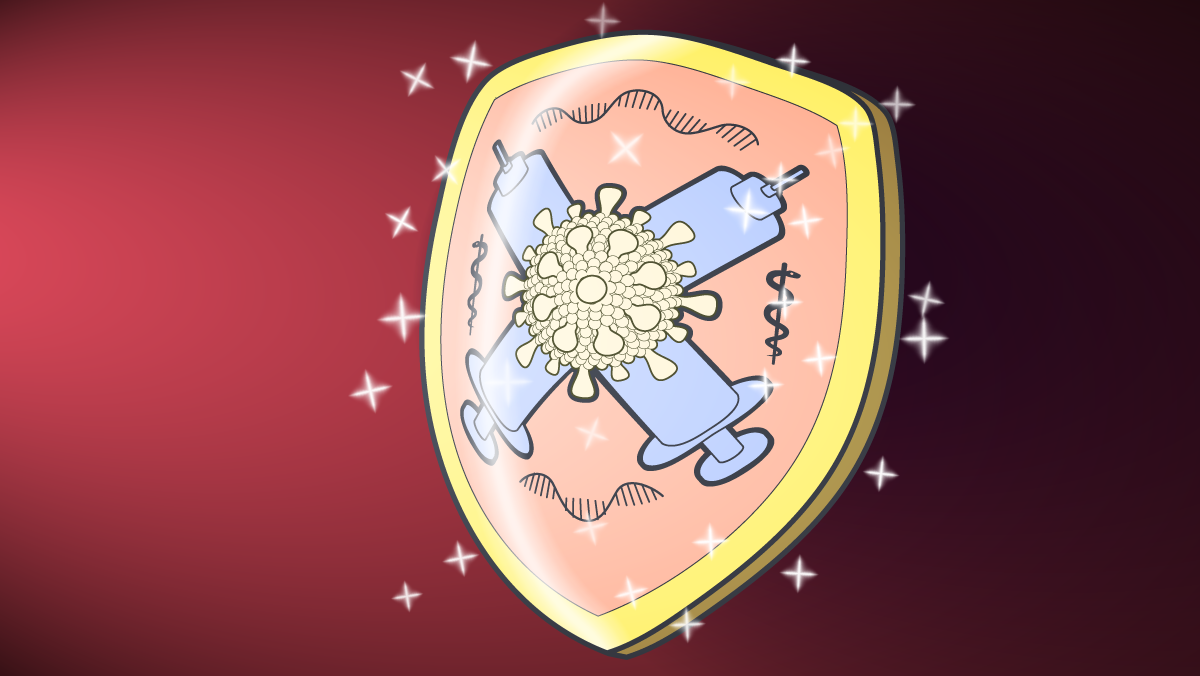 If you want to find out whether that MMR shot you got as a kid is still protecting you against measles, a simple blood test known as an “antibody titer” will give you the answer. It works by looking for measles antibodies in your blood and coming up with an estimate of how many you have. If no measles antibodies are detected or if the level is too low to be protective, you’ll need a booster shot.

Unfortunately, there’s no similar test for SARS-CoV-2. In fact, the FDA warns against trying to check for vaccine-induced immunity using currently available antibody tests. For one thing, many tests only detect antibodies to the nucleocapsid protein, which are found only in people who have survived a natural infection. If you’ve never had COVID-19 and take one of those tests, you’ll get a negative result.

And though early results seem promising, we’re still not completely sure that antibody levels are the best way to assess the effectiveness of COVID-19 vaccines. However, antibodies are a logical place to begin the search for the biological marker known as a correlate of protection. Neutralizing antibodies, in particular — antibodies that latch onto infectious viral particles in order to prevent the virus from entering and infecting cells — are associated with protection against other viruses. Antibodies are also relatively easy to measure, in contrast to cell-mediated immunity, which is driven primarily by T cells. But it’s also possible we might end up with more than one correlate. Or a “surrogate correlate” — an easy-to-measure marker that rises and falls as immunity waxes and wanes but does not actually drive immunity.

What have we learned so far?

Two studies of nonhuman primates — monkeys, in other words — suggest that antibody levels need not be exceptionally high to be protective against serious illness. In the first, published last December in Nature, researchers transferred various doses of antibodies from rhesus macaques that had recovered from COVID-19 to other monkeys and then exposed them to the virus. Animals that received a high antibody dose and one of the three that received a medium dose showed no sign of infection. But although the other monkeys became infected, even animals with a low dose of transferred antibodies showed a significantly shorter duration of viral replication in both lower and upper respiratory tracts compared to monkeys with no antibodies.

The second study assessed levels of antibodies to the virus’s spike protein in the airways of rhesus macaques who had received two doses of the Moderna vaccine at varying strengths. Not surprisingly, higher doses of vaccine elicited higher levels of antibodies. But it took lower levels of antibodies to stop viral replication in the lungs than in the upper airways. This may explain why current vaccines are so overwhelmingly effective against severe illness and why many breakthrough infections seem to involve only upper respiratory symptoms, like nasal congestion, runny nose, and sore throat.

So, how high does MY antibody level need to be? That’s the million-dollar question. It’s relatively easy to show that higher antibody levels are correlated with lower disease risk, as these studies have done. It’s a lot more difficult to identify a specific baseline immunity level, as we have for measles, rubella, and some other viruses. To do that, researchers will need to repeatedly measure possible markers of immunity in large numbers of vaccinated people, and enough of those vaccinated people will have to get sick. Unfortunately, for the sake of that research — but, fortunately, for the sake of our collective health — COVID-19 vaccines are highly effective, making that kind of data a lot harder to come by.

COVID-19 vaccination also leaves us with memory T cells, which respond to fragments from many different parts of the coronavirus, making them less likely to be fooled by variants. Studies of T-cell response to SARS-CoV-2 variants in previously infected and vaccinated individuals showed that this type of immune response was just slightly affected  or not affected at all, even when the antibody response failed.

A road map for the future
Being able to specify a reliable marker of adequate immune response to vaccination would be a game changer when it comes to the development and approval of new COVID-19 vaccines. With that number in hand, a new vaccine could be tested on 300 people rather than 30,000. Rather than waiting for breakthrough infections, vaccine makers would simply need to test blood samples to see if the predefined protective threshold was met. Titers could show us when we need boosters to guard against new variants. It’s the same process the FDA uses to license newly reformulated flu vaccines every year. But keep in mind that while the technology behind the COVID-19 vaccines is well understood, we are constantly learning more about the virus. It will take time to get to this point with SARS-CoV-2.

But even when we do, you might not be able to take a blood test to assess your personal immunity. A correlate of protection is, by definition, an association based on observed patterns within a large group of people. Your individual immune response may vary due to a number of factors, including the strength of your immune system, the viral variant you encounter, and the specific composition of the vaccine you got.

As the last few weeks have shown us, the possibility of breakthrough infections increases with the Delta variant, and this has introduced a dispiriting measure of uncertainty, even for the vaccinated. However, all available evidence points to the very high probability that you are well protected by your vaccine — and far safer than someone who has not been vaccinated at all.

Of course, it would be reassuring to have a way to assess your individual immunity and risk of getting sick. While that’s something we still can’t do, we have learned collectively how effective wearing masks and keeping our distance can be. Though we don’t have a test that can eliminate your worries completely, please remember that by getting your vaccine in the first place, you have taken the best available step to avoid COVID-19.