How long will my vaccine protect me?

When I got one of the very first COVID-19 mRNA vaccines way back in January, I was the envy of all my friends. Now that everyone is getting vaccinated, I don’t feel quite as cool. My newly vaccinated friends are planning fall vacations to exciting and exotic locations, while I’m wondering if my immunity will be gone by then. How long should I expect my vaccine protection to last? Should I be postponing travel until I can get a booster shot? 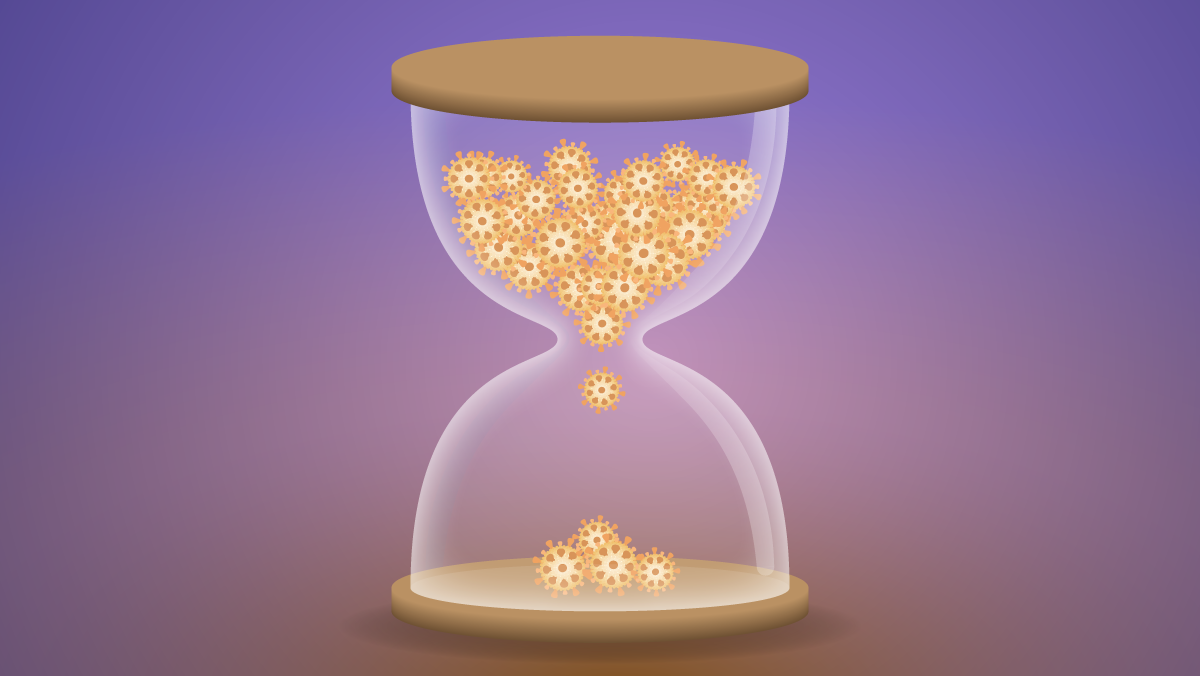 Because vaccines against COVID-19 are so new, we don’t yet know how long vaccine-induced immunity will persist. Nor do we know when — or if — booster shots will be needed. However, scientists are working hard to answer those questions, and early results are promising.

Recent data shows that robust levels of neutralizing antibodies, which are highly predictive of immune protection, persist for at least six months in people who received both doses of Moderna’s mRNA vaccine. There’s some evidence, in fact, that vaccination produces significantly higher antibody levels than natural infection.

Six-month results for the Pfizer mRNA vaccine are similarly encouraging. The company announced a vaccine efficacy of 91.3% six months after vaccination, based on ongoing surveillance of the more than 46,000 participants in its Phase Three clinical trials. Because the Johnson & Johnson (J&J) adenovirus-vector vaccine was launched later than the other two, six-month efficacy results are not yet available. However, results from J&J’s clinical trials showed that vaccine efficacy continued to increase for up to eight weeks post-vaccination with no evidence of any decline in protection after roughly three months.

So, when will I need a booster shot?

It depends on whether you’re asking CEOs or scientists.

CEOs of both Pfizer and Moderna have predicted that individuals like you, who were among the first to be vaccinated, might need a booster as early as this fall. But virologists, infectious disease experts, and other scientists are skeptical. Some have expressed “concern that public expectations around COVID-19 boosters are being set by pharmaceutical executives rather than health specialists.” All are in agreement on one point: that we need to follow the science.

The science isn’t there yet.

“We just keep following the durability of the [immune] response,” Anthony Fauci, director of the National Institute of Allergy and Infectious Diseases, told CBS News. Like other experts, Fauci supports planning for the possibility that boosters will be needed; however, he says, “we don’t know whether we will have to do it or when we will have to do it.”

But aren’t my antibody levels lower than my newly vaccinated peers?

Your immune system has two arms — you have B cells, which produce antibodies, but you also have T cells, a type of white blood cell that can seek out and destroy cells that have been invaded by a pathogen. Once an individual has recovered from a natural infection, B and T cell counts decline, but some of them turn into what are called memory B and memory T cells.

As their names indicate, these cells remember the pathogen they just fought and stay primed to quickly recognize it and respond if it returns. In some cases, these cells can react to an invader quickly enough to stop an infection before you even feel sick. Early research shows that COVID-19 survivors and vaccinated people have both B and T cells many months after recovering from the illness or getting the vaccine.

There’s additional evidence that the memory B cell response to SARS-CoV-2 is particularly “robust and is likely long-lasting.” How long-lasting will it be? We don’t know for sure, but a 2008 study of 32 people who survived the 1918 flu pandemic as children showed that, nine decades later, these individuals could still produce highly functional, neutralizing antibodies to that virus.

But what about viral variants?

Your immune system is better prepared for variants than you might expect. As it turns out, some of your memory B cells also mutate, and that process, called somatic hypermutation, may work to counter viral mutations. While B cells that make antibodies against the original virus remain the immune system’s first line of defense, the body also hangs on to these modified B cells, which produce antibodies with somewhat different configurations. Indeed, in a study of people who had recovered from COVID-19, researchers found that some of their memory-B cells had mutated to produce antibodies that were better able to recognize new viral variants. While a second study suggests that there may not be enough of these “back-up antibodies” to stop an infection in its tracks, they might be sufficient to protect against severe illness.

The protection provided by T-cells may be even more crucial. Unlike antibodies, T cells do not go after pathogens directly, but some of them, known as killer T cells, seek out and destroy infected cells. SARS-CoV-2 antibodies respond specifically to the virus’s spike protein, but T cells respond to fragments from many different parts of the coronavirus, making them less likely to be fooled by variants. And, indeed, that seems to be the case. Recent studies of T-cell response to SARS-CoV-2 variants in previously infected and vaccinated individuals showed that this type of immune response was just slightly affected  or not affected at all, even when the antibody response failed.

We don’t know how long T-cell immunity persists after COVID-19 vaccination or infection, but there’s evidence that T cells last for quite a while. A 2004 study of individuals who were vaccinated against measles as children found strong T-cell immunity more than 30 years later. For people infected with the SARS coronavirus (SARS-CoV) in 2003, researchers found persistent T-cell immunity after 17 years.

Bottom line? There’s no reason to believe you are not well protected now and for the foreseeable future.

Remember that while you might have gotten your vaccine at the beginning of the year, scientists are studying the persistence of immunity in individuals who got their vaccines even earlier than that — participants in vaccine clinical trials. Those intrepid volunteers will always be at least a few months ahead of you and almost everyone else, so they’re going to be your early-warning system. If the science shows that these individuals need boosters, you can get ready to roll up your sleeve as well. And MIT Medical will also be preparing. “We’re watching this research closely,” says Medical Director Cecilia Stuopis. “If booster shots turn out to be necessary, we’ll be ready to do what we need to do to protect our community.”

So, go ahead and plan a fall getaway. Even if vaccine-induced immunity wanes to the point that boosters will be needed, it’s going to happen gradually. It’s not like you’re going to wake up one morning without any immunity to the virus. And as more people around you are vaccinated, both here and in any vacation destination you choose, we’ll all be better protected.