Imagine for one moment that you’re an infectious, airborne virus just itching to make the jump from one human to another. Where would you most like your current human host to take you? To an outdoor pickleball game? A grocery store? A socially distanced, well-ventilated MIT lab?

How about a ride in the car with a few other humans? 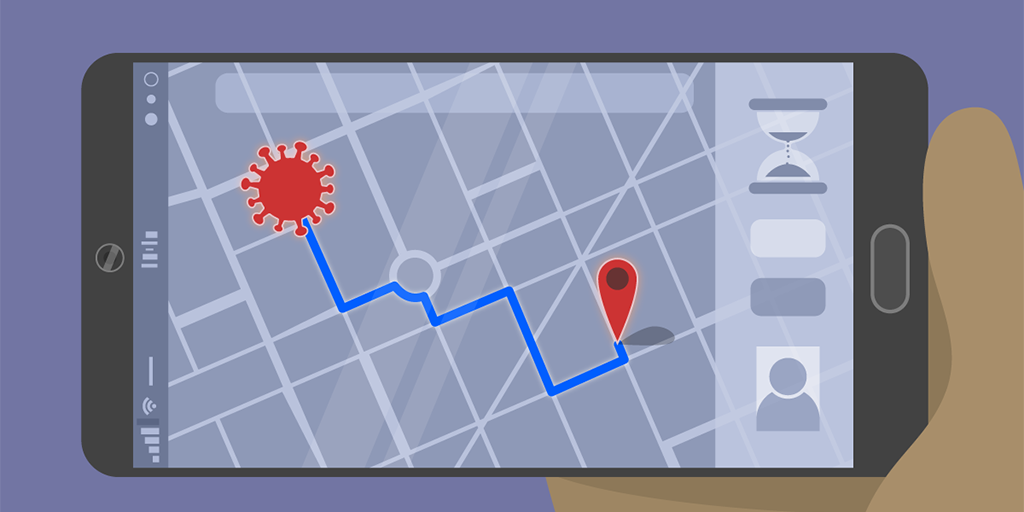 When it comes to the airborne transmission of disease, it’s hard to imagine a more ideal environment than a passenger vehicle. The typical compact to midsize car has an interior volume of 100–119 cubic feet, about a tenth of the size of the average bedroom, and can hold up to five occupants. No matter the number of passengers, social distancing is impossible, and in a tightly sealed modern vehicle, aerosol accumulation is inevitable, even if everyone is masked. With one infected passenger, preliminary models indicate a significant buildup of viral-laden aerosols within a car’s interior cabin during even relatively short drives.

Can we reduce the risk?

A study published earlier this month attempted to answer that question by using computational fluid dynamics to simulate the airflow within the passenger cabin of a car, loosely based on a Toyota Prius, traveling at 50 miles per hour, with a typical air-conditioning flow — fresh air intake in the dashboard and outlets in the rear. To maximize social distancing, the vehicle was presumed to have only two occupants, a driver in the front-left seat and a passenger in the right rear. Using different configurations of windows open and closed, researchers looked at the overall airflow pattern (rear to front and counterclockwise, as it turns out), ventilation, and the likelihood of aerosol transmission of the virus between vehicle occupants.

Not surprisingly, closing all the windows produced the lowest ventilation score — 62 air changes per hour (ACH) — and the highest risk for aerosol transmission between occupants.

Can’t we just roll down a couple windows?
If you’re in this hypothetical vehicle, your likely first instinct is to get some cross-ventilation going. Whether you’re the driver or the passenger, rolling down the window right next to where you’re sitting seems like a no-brainer. But, unexpectedly, with this seating configuration, rolling down those two windows turns out to be one of your worst options. At a disappointingly low 89 ACH, the ventilation isn’t all that much better than having all the windows closed. Neither does it do much to prevent aerosol transmission between vehicle occupants, particularly from driver to passenger.

If the driver is infected, and you want to open two windows to protect the passenger, the solution is counterintuitive — opening the windows on the opposite side from each vehicle occupant. In other words, if the driver were in the front left, as in a standard American vehicle, the right front window would be opened. Meanwhile, the passenger in the right rear would lean over and hit the button to open the left rear window. This brings the ACH up to a healthy 150. But more importantly, the passenger would get a healthy dose of fresh air from the left rear window as the airstream turns the corner toward the front of the vehicle. This configuration may also create what the study’s authors refer to as an “air curtain” between the two vehicle occupants.

Unfortunately, this option isn’t optimal if it’s the passenger who is infected, because the counterclockwise airflow pattern in the car’s cabin exposes the driver to a relatively high concentration of passenger-produced aerosols.

How about opening one more?
Okay, let’s open an additional rear window, the one next to the passenger — we’re now up to three open windows, if you’re counting. This lowers the risk to the driver, because most of the passenger-produced aerosols will be flushed out of the adjacent window before they can join the interior airstream. But that option greatly raises the risk of driver-to-passenger transmission.

Rewind. Let’s keep the window next to the rear-seat passenger closed, and open the driver-side front window instead. With both front windows open, as well as the rear window on the left, passenger exposure comes down to a very low level and potential driver exposure goes up only slightly.

Of course, once you have three windows open, you might as well open them all.
With all windows open, ventilation rises to a whopping 250 ACH. Driver-to-passenger transmission drops to barely measureable levels, about 0.2%. Because of that average rear-to-front airflow, passenger-to-driver transmission is a bit higher (about 2.0%) but still lower than in any other condition.

There are a few caveats to keep in mind. While keeping all the windows open is almost certainly the safest way to travel with other people in any vehicle, the study’s authors note that airflow patterns — and routes of possible exposure —could be different for trucks, minivans, and cars with an open moonroof. Additional passengers could also influence possible transmission patterns and, at the very least, will increase transmission risk. Vehicle speed also matters. As the car speed drops, so does the ACH. And with a lower air-exchange rate, the opportunity for viral transmission increases greatly.

Yep. It sounds cold. Driving around New England with four windows down going forty miles an hour in 40-degree weather might be pretty frigid, but it’s vastly preferable to putting yourself and others at risk of COVID-19. So, make like our Vermont neighbor, Bernie Sanders; put on a warm coat, slip on your most stylish mittens, be grateful for that cozy facemask, and get rolling safely!