Are there “COVID cooties” on my gloves?

Should I wash my winter gloves after every outing? What about coats and hats? I’m worried that these items could come into contact with the virus on a surface somewhere, and then I could carry it home. 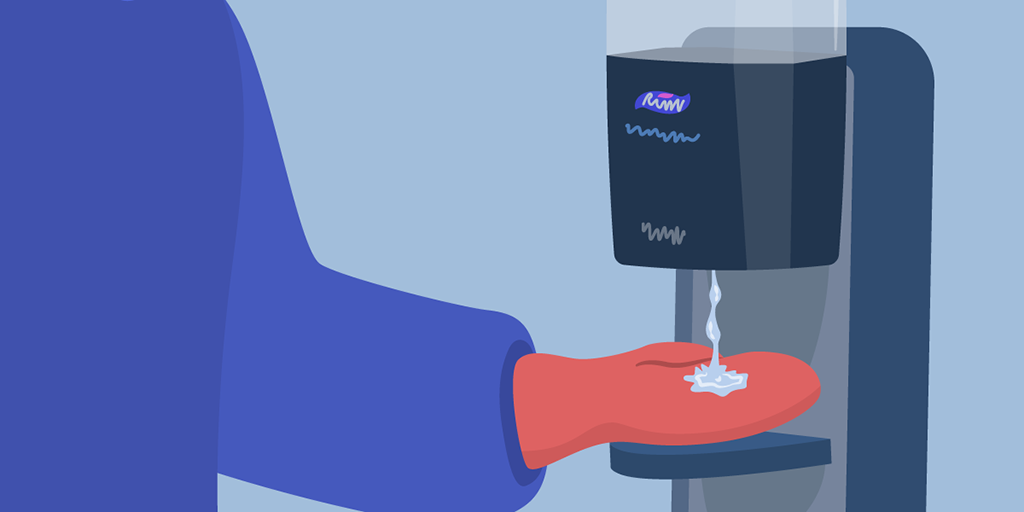 No, you do not have to wash winter outerwear after every use, not even your gloves. While it’s theoretically possible to pick up the virus from a contaminated surface, scientists don’t think this mode of transmission happens very often, if ever.

A study published in the New England Journal of Medicine (NEJM) last March, which reported finding traces of the virus on various surfaces after as many as three days, prompted breathless news coverage, a rush on disinfectant wipes, and panicked questions about the safety of mail, take-out food containers, and grocery deliveries. Subsequent research has proven those fears to be largely unfounded.

Public health agencies are not dismissing the possibility of fomite transmission — transmission by inanimate objects or surfaces — but they are increasingly downplaying fomites as a potential source of infection. The CDC now says that “touching surfaces is not thought to be a common way that COVID-19 spreads.” And the World Health Organization (WHO) acknowledges that “there are no specific reports which have directly demonstrated fomite transmission.”

Individual scientists go even further. “In my opinion, the chance of transmission through inanimate surfaces is very small,” writes Emanuel Goldman in The Lancet, “and only in instances where an infected person coughs or sneezes on the surface, and someone else touches that surface soon after the cough or sneeze.” Goldman, a professor of microbiology, biochemistry, and molecular genetics at the New Jersey Medical School of Rutgers University, criticized researchers in the NEJM study for seeding their surfaces with unnaturally large viral samples and failing to “present scenarios akin to real-life situations.”

It’s also important to remember that “detectable virus” does not equal “infectious virus.” SARS-CoV-2, like all viruses, cannot survive without a human host. Once it leaves the body and ends up on a surface, the process of inactivation begins immediately. In at least one real-world study, researchers tried and failed to culture viral samples of SARS-CoV-2 obtained from surfaces in the infectious-disease ward of a northern Italian hospital.

While we don’t know how many viral particles are required to transmit an infection, we do know that the half-life of the virus — the time required for half of a sample of viral particles to become inactivated outside of the body — is measured in a matter of hours, not days. And with viruses like SARS-CoV-2, which reproduces best in moist, warm environments like throats and nasal passageways, this process happens even faster on porous surfaces like gloves, clothing, and tissues. That’s because porous surfaces suck moisture away from viruses, causing them to dry out and become inactivated much more quickly than they would on non-porous surfaces like door handles and countertops.

But let’s assume — unlikely as it may be and as disgusting as it sounds — that you somehow end up with an infectious dose of viral particles on your winter gloves.

You can’t get sick JUST from getting viral particles on your gloves.

To become infected, you would still need to transfer those viral particles — again, in sufficient number — to your mucus membranes, either by rubbing your contaminated gloves on your mouth or your nose (or maybe your eyes).  Which we are sure you will not do.

So the next time you come in from a brisk winter walk, don’t stuff that nice puffer coat and the rest of your gear in the washing machine! Hang it up and walk away. There are all kinds of hygienic reasons to keep surfaces clean and to wash your hands. But when it comes to this virus, your greatest risks will always involve other people. So wear a mask, keep your distance from others, and avoid spending time indoors with people who are not part of your household or bubble. And don’t wait until spring to launder those gloves, in any case. They may not be a vector for disease transmission, but it’s still a dirty world out there!