How safe is public transportation?

I’ve been back on campus part-time since the start of the fall semester. So far, I’ve been commuting by bike. But I’m not one of those all-weather cyclists, and I don’t have a car, so once it gets really cold, I’ll be back on the MBTA (bus and subway). But is it safe to ride the T at this point? What precautions I should take to protect myself during my commute? 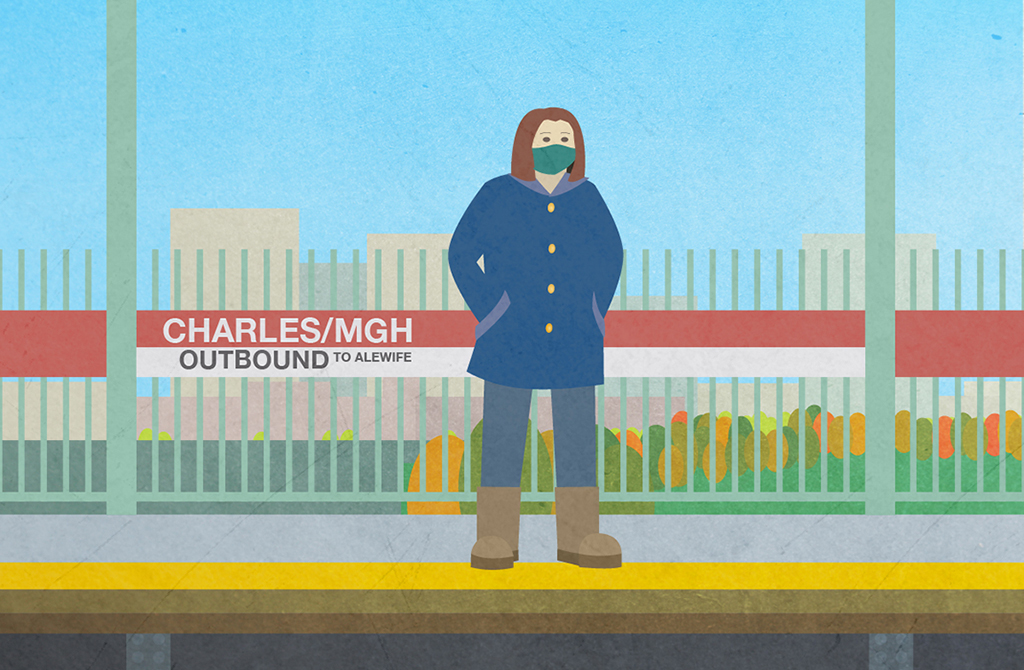 At first glance, public transportation seems to have every ingredient for a super-spreader event. Closed spaces? Check. Crowds? Check. Close contacts? Check. But sophisticated contact-tracing efforts in countries like France, Austria, and Japan have failed to link any COVID-19 clusters to public transit. This could be due to the difficulty of tracing contacts that occur during a commute, but it might also have to do with the way people use transit services.

For starters, people don’t typically spend long periods of time on the bus or subway — at least not compared with the time they might spend in the office, at the gym, or having a leisurely dinner in a restaurant. Secondly, people tend to sit or stand quietly during their commutes. They’re not talking, singing, shouting, or engaging in other activities that would increase the number of respiratory particles released with each breath.

MBTA ridership is also much lower than usual now — less than 50 percent of pre-pandemic levels throughout the system. This gives people more space to spread out. In addition, the Boston area is adding new cases of COVID-19 very slowly right now, and that low level of community spread lowers the risk for every public outing.

And commuter rail cars, subway cars, and light rail vehicles (like those on the Green Line) are not the tightly sealed aluminum cans you might imagine them to be. All of these vehicles have HVAC (heating, ventilation, and air conditioning) systems that continuously filter the air within their passenger compartments and introduce fresh air into circulation.

HVAC filters are rated on a 1–20 scale by their particle-blocking ability or “minimum efficiency reporting value” (MERV). Like mass transit systems in New York, San Francisco, and many other cities, most of the subway and light rail vehicles in the MBTA fleet are equipped with MERV-7 or MERV-8 filters, which can capture particles between 3 and 10 microns in size.

While higher-rated filters would capture smaller particles, making them more effective against COVID-19, swapping out one for another is a complex proposition. First there’s the issue of supply — identifying higher-numbered filters that fit, work well, and are EPA-approved. “There’s not much out there,” laments MBTA Chief Engineer Erik Stoothoff. There are also maintenance issues. “Installing higher-number filters would void the warranties on our HVAC systems,” he explains, “because pushing air through denser filtration elements risks overheating and overexerting the fans and motors.”

Upgrading filters could also have an adverse effect on air handling as a whole, says Chief Mechanical Officer Steve Hicks, who oversees the MBTA’s fleet of 1,000 buses and 650 subway and light rail vehicles. “The higher the filter number, the faster it gets dirty,” he says. “That reduces the overall efficiency of the entire HVAC system.”

It’s crucial to look at that bigger picture, Hick emphasizes. That’s because these systems don’t just filter the air, they also refresh the air in each vehicle. Vents located at either end of each subway and light rail car continuously draw air out. That air is filtered and mixed with at least 25 percent fresh air before being discharged back into the car through return ducts adjacent to lighting fixtures in the ceiling on either side of the aisle.

Depending on the age and type of vehicle, air is completely replaced between 11 and 28 times an hour — or every five and half minutes at a minimum. That’s a higher air change-out rate than most commercial office buildings, schools, or even hospitals. But even so, viral particles could continue circulating in a passenger compartment for some number of minutes, making mask-wearing a crucial safety factor.

How crucial? An interactive graphic from the New York Times shows the aftermath of two sneezes. In one, a subway passenger sneezes into a mask, and the resulting respiratory particles are largely contained. A second, maskless sneeze widely disperses the individual’s respiratory secretions throughout the vehicle.

New York City has implemented fines for individuals caught riding without masks on the city’s transit system. However, according to Chief Customer Officer Danny Levy, the medical exemption in Massachusetts’s mask mandate does not allow the MBTA to enforce their own masking requirement for riders or employees. While this has led to conflicts between passengers and a flurry of complaints on Twitter, he estimates mask compliance at 85 percent and says that the agency is doing all it can to encourage mask wearing among both riders and transit employees.

Beyond masking reminders, the agency’s communications have focused on promoting good hygiene and appropriate physical distancing and informing riders about the T’s enhanced cleaning and disinfecting protocols for both stations and vehicles.

Clean surfaces, good air handling, and hand hygiene are important, but COVID-19 is a virus that spreads between people. The primary risk of public transportation is the public. With that in mind, we recommend that you:

Bottom line? Safety is relative, and during a pandemic, no activity that brings you out in public is completely without risk. That said, while riding the T is riskier than commuting by foot or by bike, it’s probably much safer than going to the gym or dining inside a restaurant.

But risk levels may change over time. Ridership levels and community spread of the virus are two important, but variable, factors. If ridership begins to approach pre-pandemic levels, if positive-test rates in the community increase — or, worse, both — risk increases considerably. At that point, you should reevaluate your commuting options. If your schedule is flexible, you may be able to ride the T during off-peak hours. Otherwise… well, they do make snow tires for bikes.

Want more numbers? Take a few more minutes to delve into the minutiae of MBTA ridership trends and HVAC systems.