Would you care for a nightcap?

Dear Lucy: When I was a kid and didn’t want to wear a hat, my mother would tell me that 90 percent of body heat is lost through the top of the head. Is that true? How much does wearing a hat in cold weather contribute to overall body warmth? Is it time to bring back those pointy, flannel nightcaps people wear in TV holiday specials about the olden days? —Hot Head 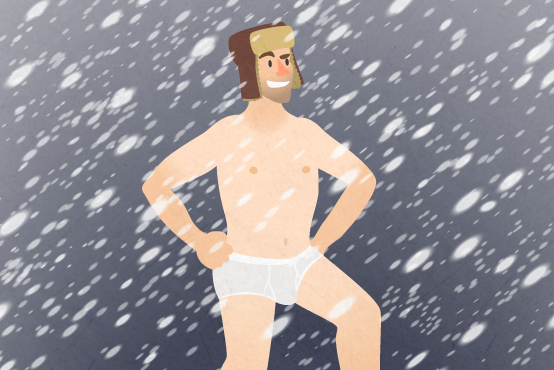 Dear Hot Head: What an interesting question! Lucy heard a similar warning from her own mother, and, after asking around, concludes that her mother and yours were not the only two spouting some version of this line (and citing heat-loss percentages from 40 to 90) in oft-futile efforts to convince their offspring to don hats.

After some investigation, Lucy uncovered the source of this belief — long-ago military experiments in which researchers dressed subjects in Arctic survival suits, exposed them to frigid conditions, and measured their heat loss. Though the precise results of those studies have been lost to time, US Army survival manuals as recently as the 1970s cautioned readers that “40 to 45 percent of body heat” is lost through the head.

It’s unclear if soldiers of that day ever questioned the logic of that pronouncement. The young Lucy never did — even while blithely going hatless as often as she could get away with it. But for Adult Lucy, the illogic is inescapable: If going hatless results in a 40–45 percent loss of your body heat, wouldn’t you be just as cold if you were to go outside with a hat but without, say, pants? (Answer: You’d be a lot colder without pants. Also more likely to be arrested for public indecency.) And if the amount of heat loss from the head is 90 percent, as your mother claimed, you’d hardly need to wear any other clothes at all!

But what about that military research?

To break this down for us, Lucy consulted MIT Medical Nurse Practitioner and Primary Care Provider Allison Sherwood. “It’s all about thermoregulation,” she tells Lucy. “Our bodies are constantly working to maintain a consistent core temperature, even as the external temperature goes up and down. In a cold environment, the blood vessels constrict and work extra hard to keep our vital organs perfused. That protects those organs but leaves our extremities feeling a lot colder — for me, especially the ears!” She laughs. “The process of thermoregulation, which draws blood from the extremities to protect the internal organs, creates a sense that covering up those areas traps more body heat than we trap by covering up another part of the body.” In addition, she notes that the face, head, and upper chest are much more sensitive to temperature change than other parts of the body.

As for that military study? Turns out it had a fatal, methodological flaw — the subjects’ heads were the only parts of their body left uncovered. So, of course, they lost most of their body heat through their heads. Had they been wearing bathing suits rather than Arctic survival suits, the heat loss from their uncovered heads would likely have been more proportionate to the head’s relative surface area. In other words, when it comes to heat loss, there’s nothing special about the head. Which is exactly what a 2006 study — Thermal effects of whole head submersion in cold water on nonshivering humans — demonstrated. In case you’re wondering, subjects breathed compressed air while their heads were submerged, and their shivering was pharmacologically suppressed. Lucy also hopes they were paid extremely well.

“Bottom line,” says Sherwood, “When you are outside in the cold, any uncovered body part, including the head, loses heat. The larger the uncovered area, the more heat you lose.”

“Now about those pointy night hats for sleep,” she adds, “it depends on how warm you keep your house at night. If your house is anything like mine, where we turn the heat way down at night to conserve energy, I would say that maybe we should all be looking at night hats!”

And there you have it, Hot Head. Lucy thanks you for an interesting question, and one that allowed us to dispel a persistent myth. And when it comes to that nightcap, all Lucy can say is: Happy shopping! —Lucy