Dear Lucy: Why do MIT Medical providers assume everything is viral and nothing is bacterial? Shouldn’t a doctor perform some analytic test to determine the cause of an illness? —Sinusitis Sufferer 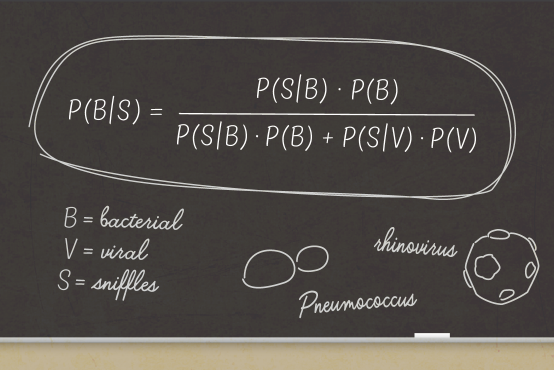 Dear SS: You’re not the first person to ask this question, and Lucy’s wondered about this as well. From a scientific perspective, we all understand why clinicians try to avoid overprescribing antibiotics, but from our perspective as patients, we’d like to know how that “no antibiotics for you” decision is made. In the hope of some insight, Lucy appealed to MIT Medical’s Carroll Eastman, a physician in MIT Medical’s Primary Care Service.

Eastman tells Lucy that a clinician distinguishes between viral and bacterial infections based primarily on the history and physical exam. When it comes to sinusitis, for example, bacterial infections generally last more than 10 days, initially improve but then worsen again, and/or include severe symptoms, such as a high fever (>102°F).

And although we might think that testing for an immediately treatable bacterial infection is a better idea than the wait-and-see approach, Eastman explains that, in the case of sinusitis, “this kind of testing would require a CT scan, subjecting the patient to a considerable dose of radiation. We’d only do this if the symptoms and exam warranted such testing.”

Lucy hopes Dr. Eastman’s explanation helps you understand more about the way clinicians at MIT Medical diagnose and treat patients with upper respiratory symptoms. As a patient hoping for quick relief, it’s difficult to accept being sent away with instructions for treating your symptoms and a recommendation to return if your condition does not improve. Lucy hopes to remember Dr. Eastman’s words the next time she is the patient in that position. —Lucy